A traditional dessert in the Bengal region, Choosi pithe or Choosi payesh is creamy and sweet. Prepared with new rice, milk and nolen gur, the new date-palm jaggery, this flavorful sweet is a main attraction in the new harvest season in the winter. In this time mothers and grandmothers make varieties of pithe or rice cake to celebrate the season of abundance and joy. 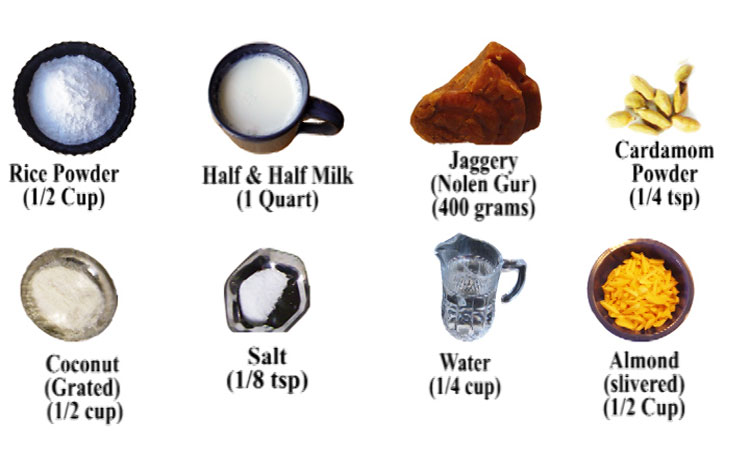 The recipe consists of 3 steps:
Dough is made from rice powder
Chhoshi is the made from the dough
And the chooshi is then cooked with milk, jaggery and the spices.

Make dough by slowly adding boiling water into ½ cup rice powder.Though we added ½ cup boiling water it proved to be more than we needed, something we corrected later by adding more rice flour. Make small balls of around 1/2 inch diameter. Roll each ball out between your palms or the palm and the counter top to make a long string of about 1/8 inch diameter. If the dough sticks to your palm, then the dough is soft and you may need to mix it with some rice flour to bring it to the right softness, such that the dough flows smoothly between the palms. Then cut into 1/8 inch pieces. Roll again between palms into oblong shape of about 1/3 inch long. You can roll between your palm and the counter as well. A little practice may be needed to do this but it is not difficult. These oblong pieces are called chooshi. Boil the milk by constantly stirring so that the milk does not get burned at the bottom. Add the chooshi, then mix and boil for about 5 minutes. Add the jaggery. Cook until the jaggery dissolves. Add cardamom powder,Coconut powder, pinch of salt and then mix.Heat the mixture in a low flame for another 5 minutes or so with occasional mixing. And then Turn off heat.This completes the preparation.
It takes about an hour to make and serves two to three people. Bring the choosi pithe to room temperature. Then serve it as such or after chilling it in the refrigerator.Optionally, garnish the chooshi pithe with toasted slivered almond as we have done. 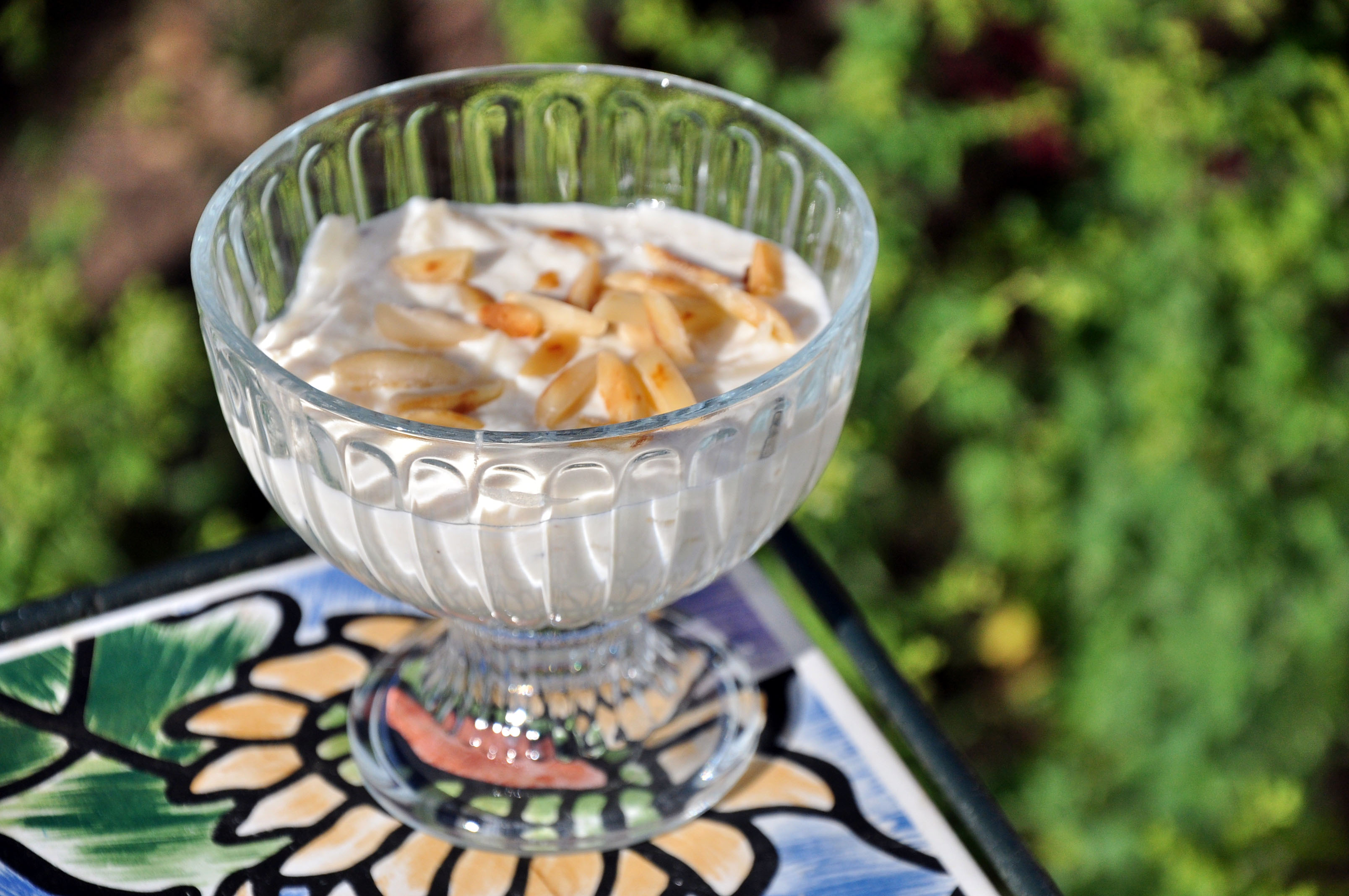